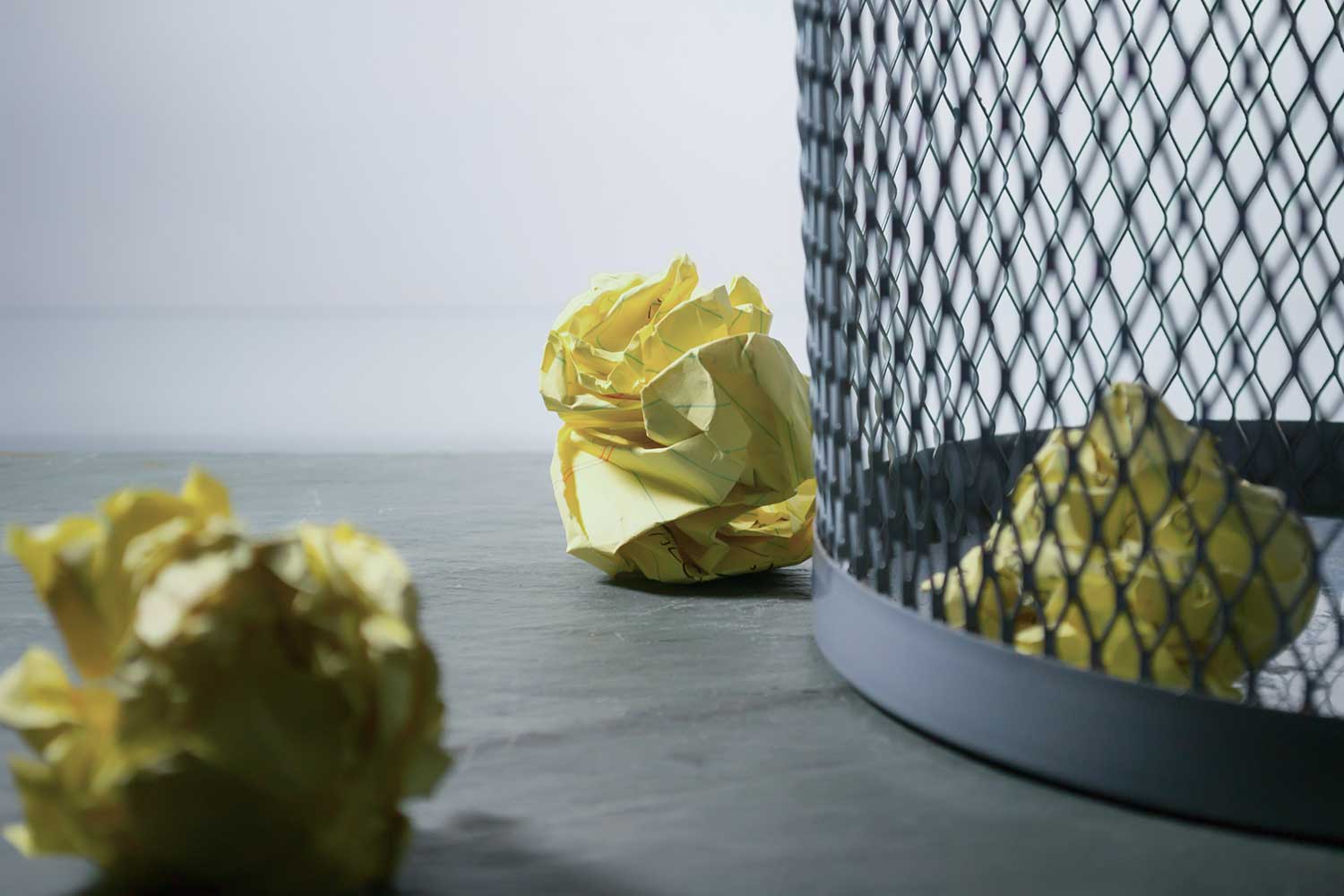 I will spend your tax dollars like they are my own. I promise to not have a fancy $5000.00 to $9000.00 a month office but instead will have one in a community centre owned by the city at no extra expense to taxpayers. I’d rather see your tax dollars invested back into our communities.

If you agree and/or you know of other wasteful City spending you’d like to mention, please reach out to myopinion@paulcookson.ca 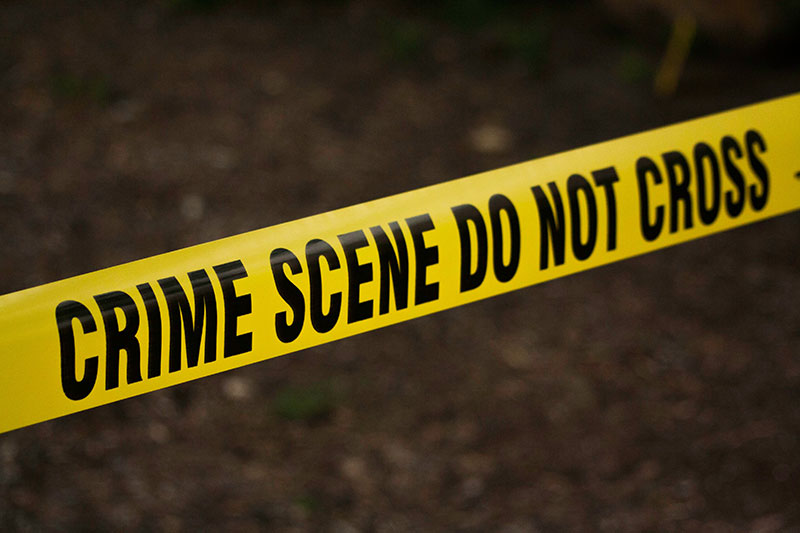 We need a comprehensive plan that will include all levels of government working together.

A) We need a skills training school in Malvern that will teach our youth to be electricians, plumbers and other trades/skills so they can get good paying jobs.

B) We need mentoring programs where business owners, retirees and community leaders mentor our youth.

C) We need to have after school and summer programs where kids can play sports and games in city facilities but have it managed by volunteers to keep the costs down.

D) People in prison should be offered training in various trades or other occupations which lessens the chance of them re-offending after they are released.

E) We need to raise the penalty for carrying a gun from up to 10 years to up to 20 years in jail and impose a $20, 000.00 fine/victim surcharge. The fine should go to the Police and to victims of gun violence.

F) We should make bail mandatory for those charged with carrying guns. Most people charged are let out of jail the next day.

G) We should charge teens carrying guns as adults. Before that’s imposed we should ask the media and schools to publicize this so teens know the new rules.

H) Before all the above is imposed, the Police should let known criminals know the new rules/laws and offer them a short amnesty for handing in guns to the police.

I) We need to impose heavy fines and prison terms to criminals engaging in gun rentals. Right now, criminals rent guns to other criminals on an hourly basis.

J) The Chief of Police should do what is best to fight crime without any political pressure.

K) The Police should spend more time at schools talking to kids from an early age so that kids will have a better relationship with them.

L) We need to encourage and promote community based groups that report to the Police suspicious activity.

M) I’d like to see Police kiosks and/or sub stations throughout the community.

N) We need more 911 operators so that we can improve 911 call response times.

O) We need more Police Officers so that we can improve 911 reaction times. 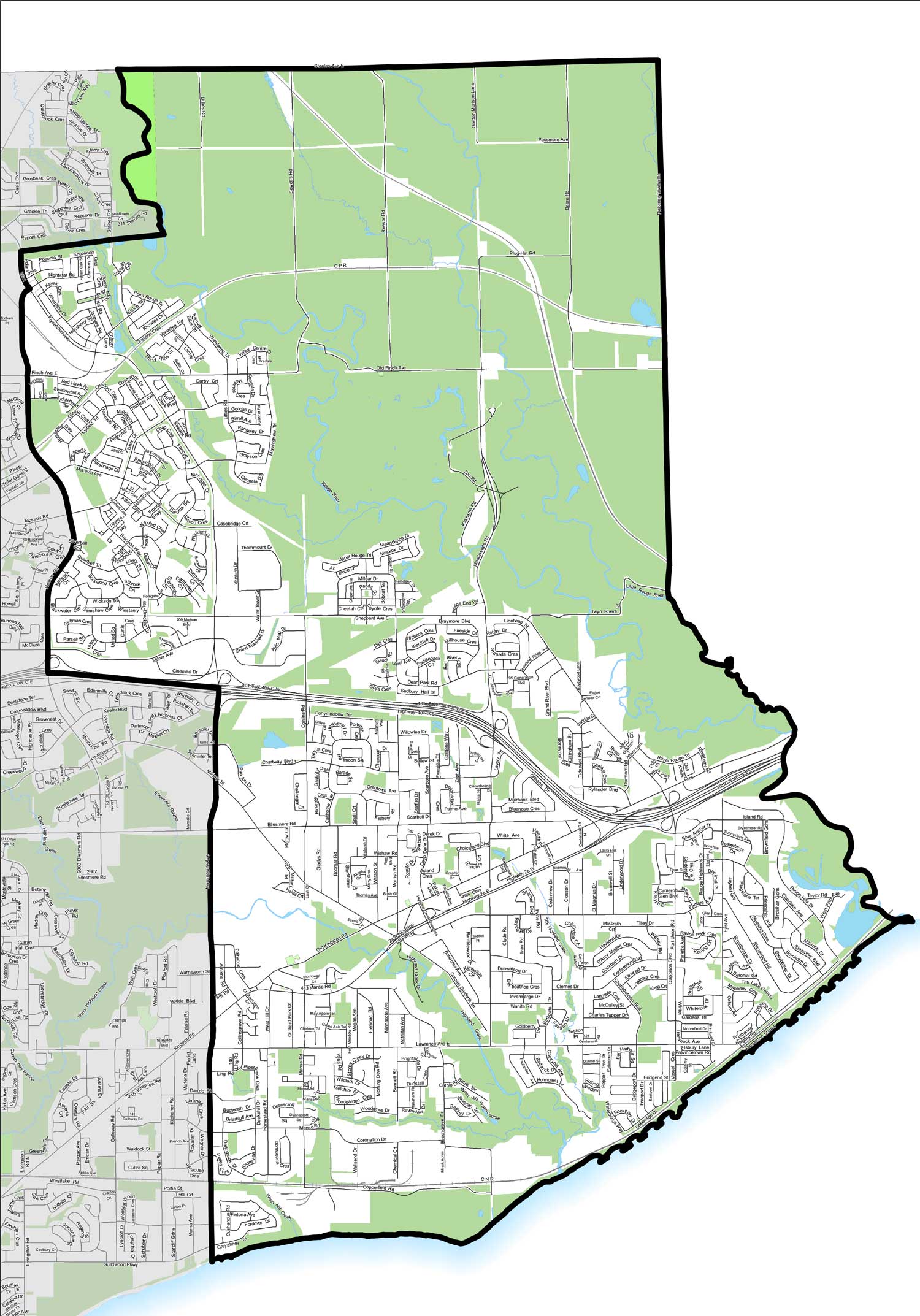 The residents of Ward 25 would be Paul’s main priority at City Hall.  Through Paul’s communication and listening skills Paul would work hard to identify the needs of the residents of Ward 25 and do his best to secure any City Resources he can to help this area remain a ‘sought after’ and incredible place to call home.  Paul has lived in West Rouge for a dozen years now and plans to retire here.

It’s really important that you share your opinion on this subject so that you have a voice. Please email us at myopinion@paulcookson.ca
Read More 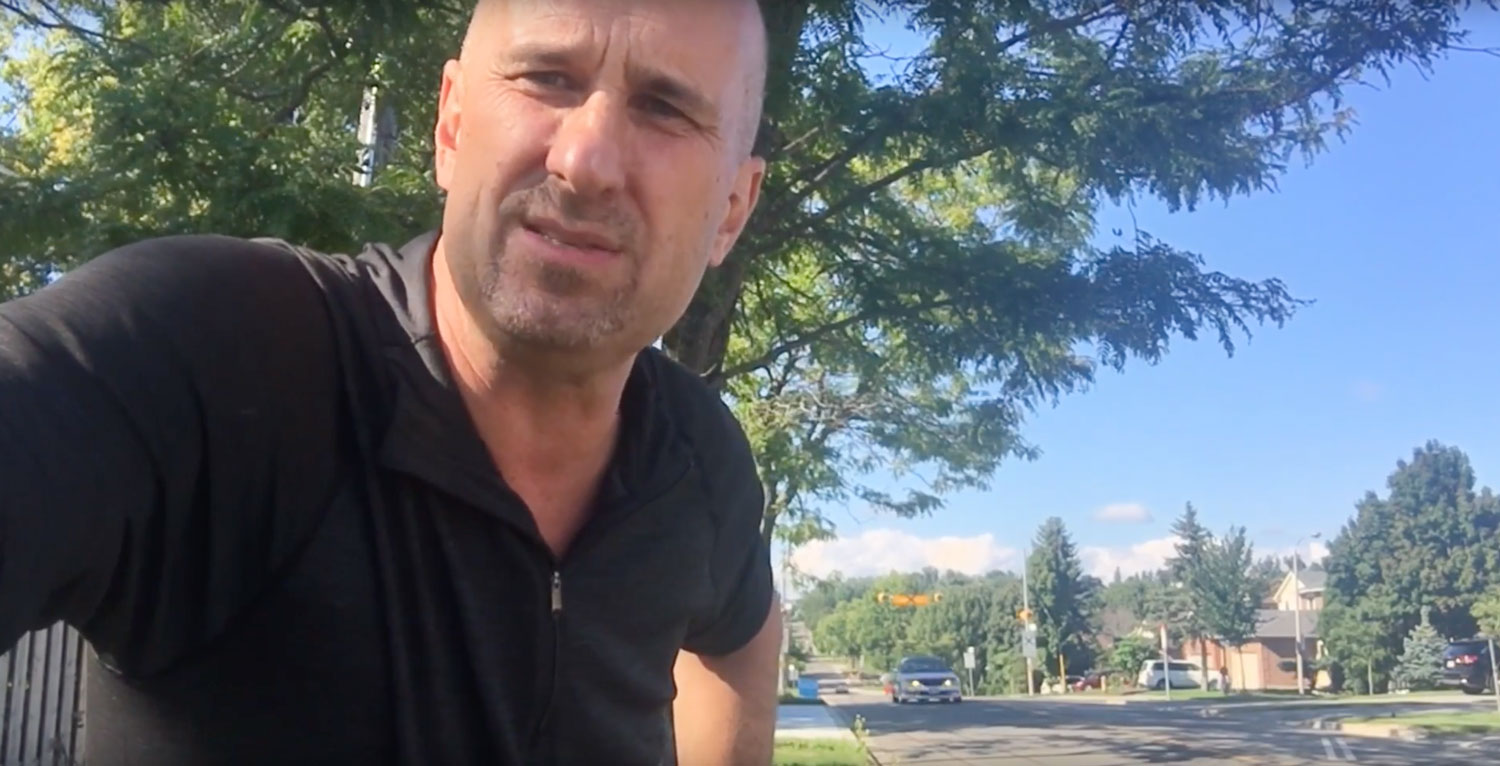 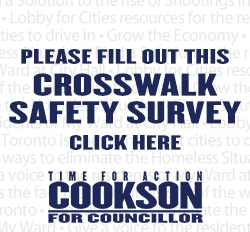 Many residents, especially ones with kids have complained to me about Speeding in our community. Many residents calls to 311 have produced little results. I’d like to see less red tape and more action to fix this problem when people complain about habitually speeders on specific streets and around cross walks. The safety of you and your family is a priority to me.

If you have any comments, ideas or suggestions then please email us at myopinion@paulcookson.ca 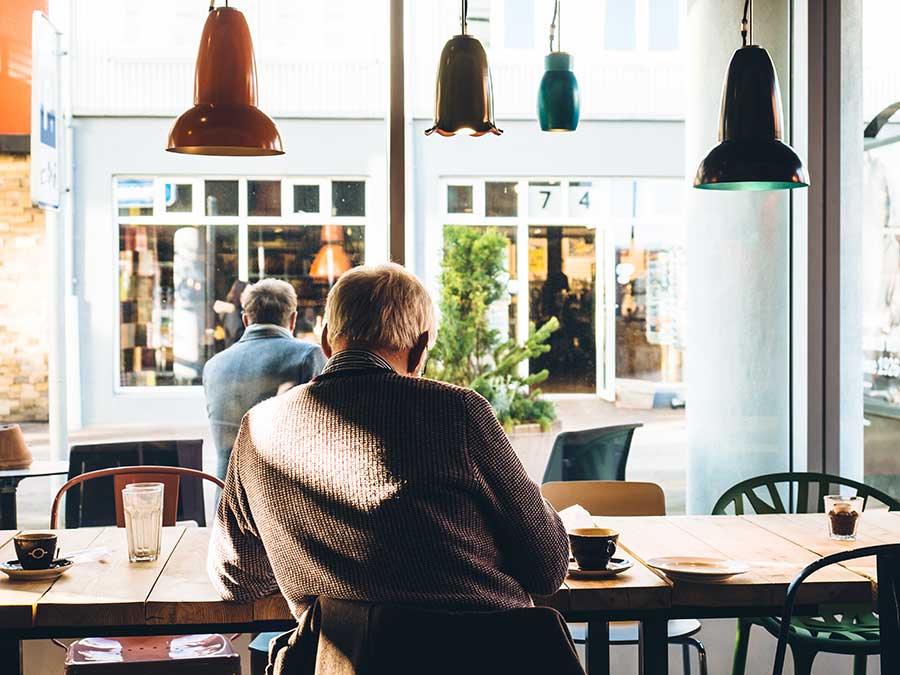 Seniors are the largest growing segment of society and one of the most valued; however, some Seniors Homes can be a sad and lonely experience for many as they enter this phase of their lives.  Paul would like to explore ways to improve the overall quality of life for our Seniors by creating avenues for them to connect outside of their Residences.

Perhaps local schools could create programs where students can visit Seniors Homes that allows them to accumulate volunteer hours in return.  Many seniors have wonderful stories to tell and just need a warm friendly voice to share them with – the connection could be a win-win, as students learn about life that happened in a different era!

Another way to improve the lives of our Seniors might be to expand the use of therapy dogs and cats.  Perhaps funding could be set aside for local shelters that provides adequate training to allow a program like this to move forward.

Maybe more research is needed to see how these programs could be instituted, but we should all be focussed on making the final chapter of our Seniors’ lives as pleasant as possible.

It’s really important that you share your opinion on this subject so that you have a voice. Please email us at myopinion@paulcookson.ca
Read More 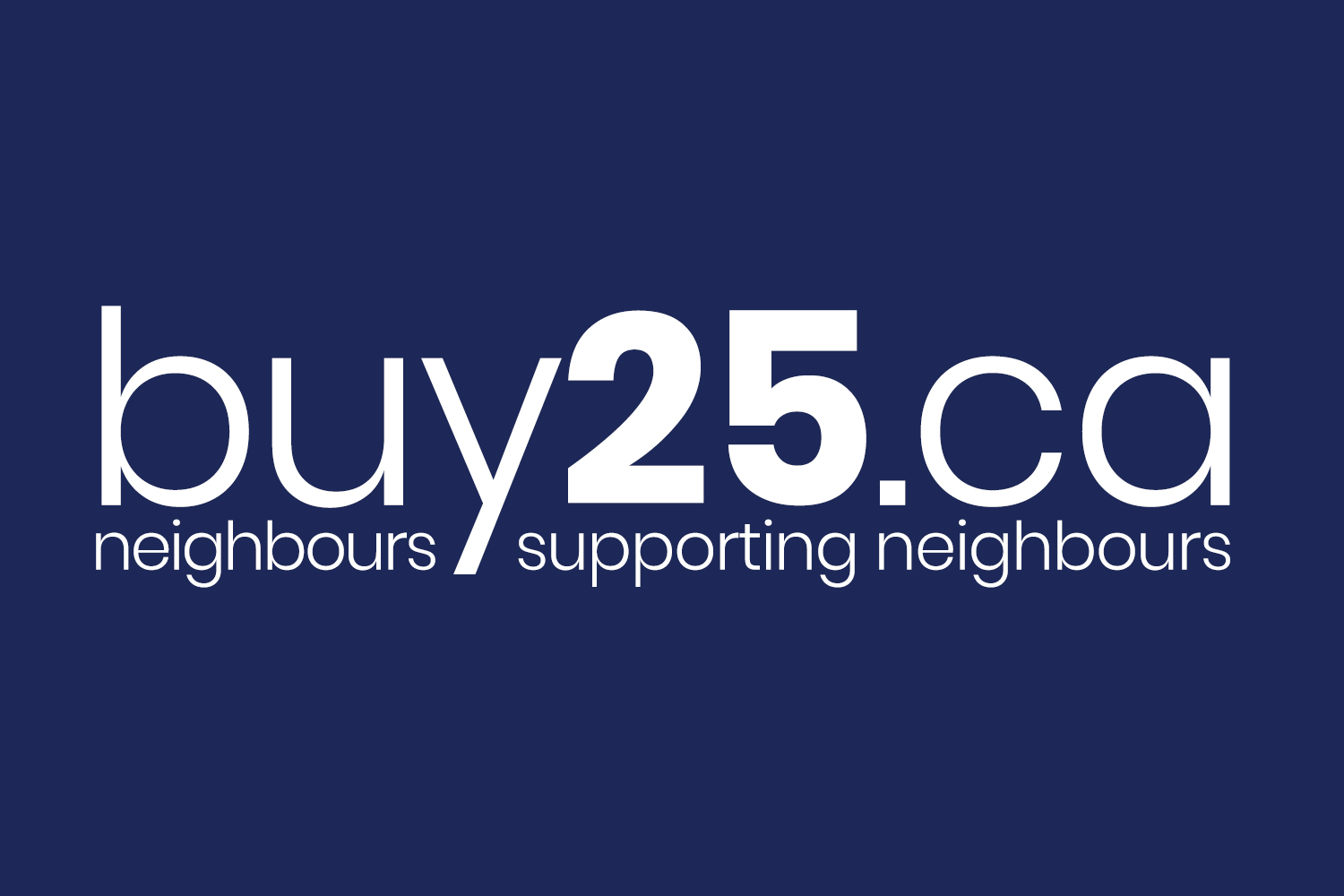 I feel that the City could do more to help Ward 25 businesses thrive so I created a directory called buy25.ca where people will be able to find local restaurants, shopping, trades people, entertainment etc.

If you have a business in this Ward please reach out to be added.

If elected, I’ll do all I can to promote residents of Ward 25 dining, shopping, entertaining and hiring services from within the Ward first. The more people that do that, the more jobs will be created for our neighbours and our children.

I’ll also work to lessen the red tape in certain areas where the City is slow to act or where it puts up non common sense barriers that slow business growth.

If you have thoughts on this or any other topic please call or text Paul at (416) 271-7994 or email us at myopinion@paulcookson.ca 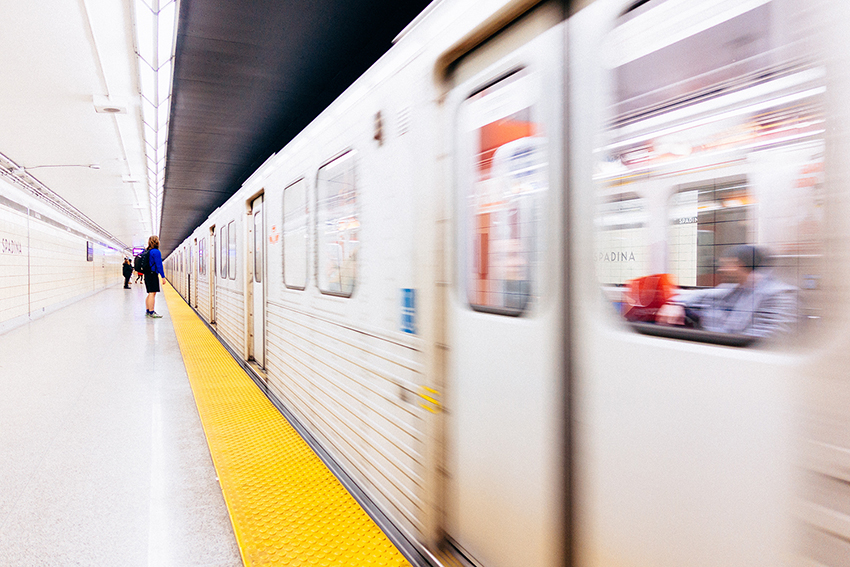 I’d like to see public transportation improved. Increasing the number of trains going to Union, adding express trains at peak times, making the TTC safer and extending the Sheppard Subway line are things that I’d like to see. If you have thoughts on Public Transportation, please email me at myopinion@paulcookson.ca. 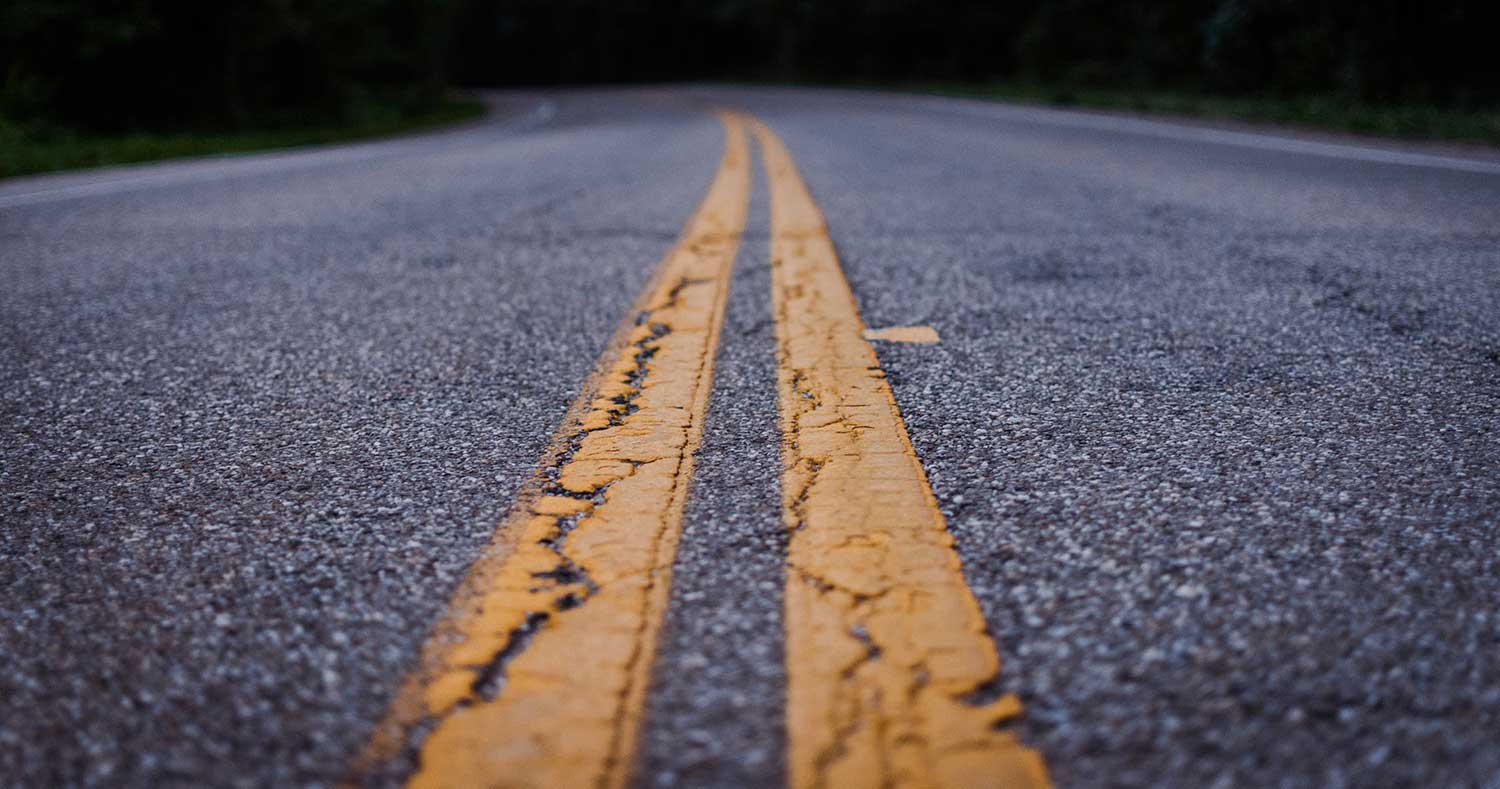 September 11, 2018 by adpaulc
Many people have complained to me about the quality of our roads including damage to cars from running over potholes. I’d like to be part of the solution to this problem.
If you have comments or concerns on this or any other City related issue, please email us at myopinion@paulcookson.ca
Read More 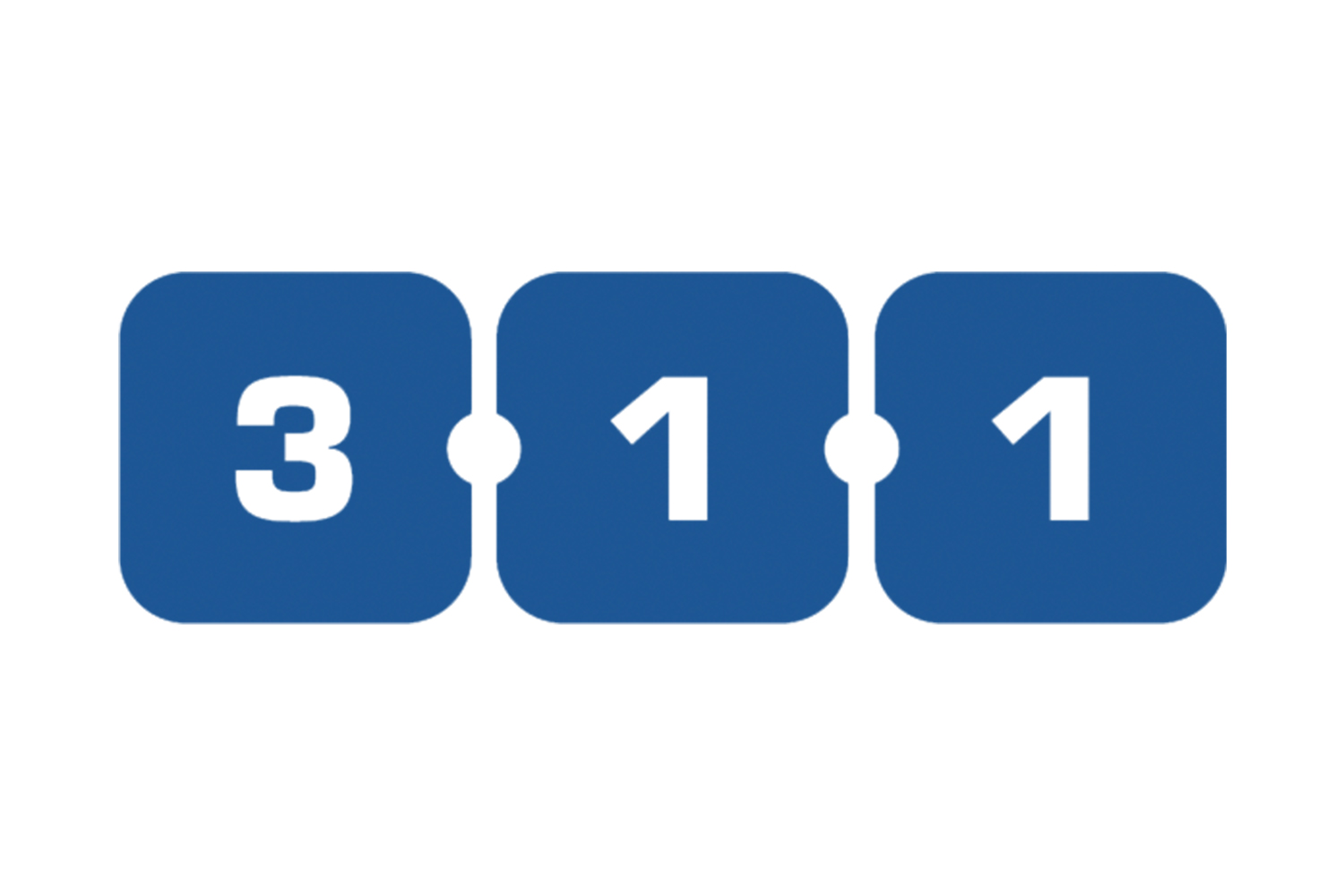 Too many Ward 25 Residents have complained about never getting though to an operator and when they do that the problem never gets resolved. I think the residents of Ward 25 deserve better service and I promise to make customer service a priority.

If you have a comment on this or any other subject please reach out to me at myopinion@paulcookson.ca 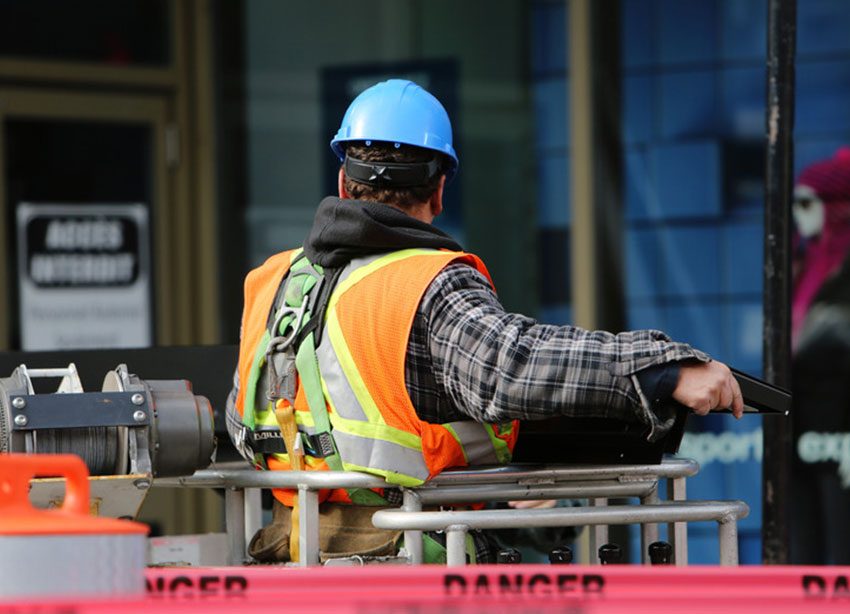 I’d like to see a Trade school in Malvern to train our youth in well paying trades. I’ve sent letters to the Provincial Government, TDSB and The City of Toronto asking for support on this initiative. If kids have the training available and eventually a means to be self supporting with good paying jobs then we will set them up for success.

If you have comments on this or any other topic, please email us at myopinion@paulcookson.ca 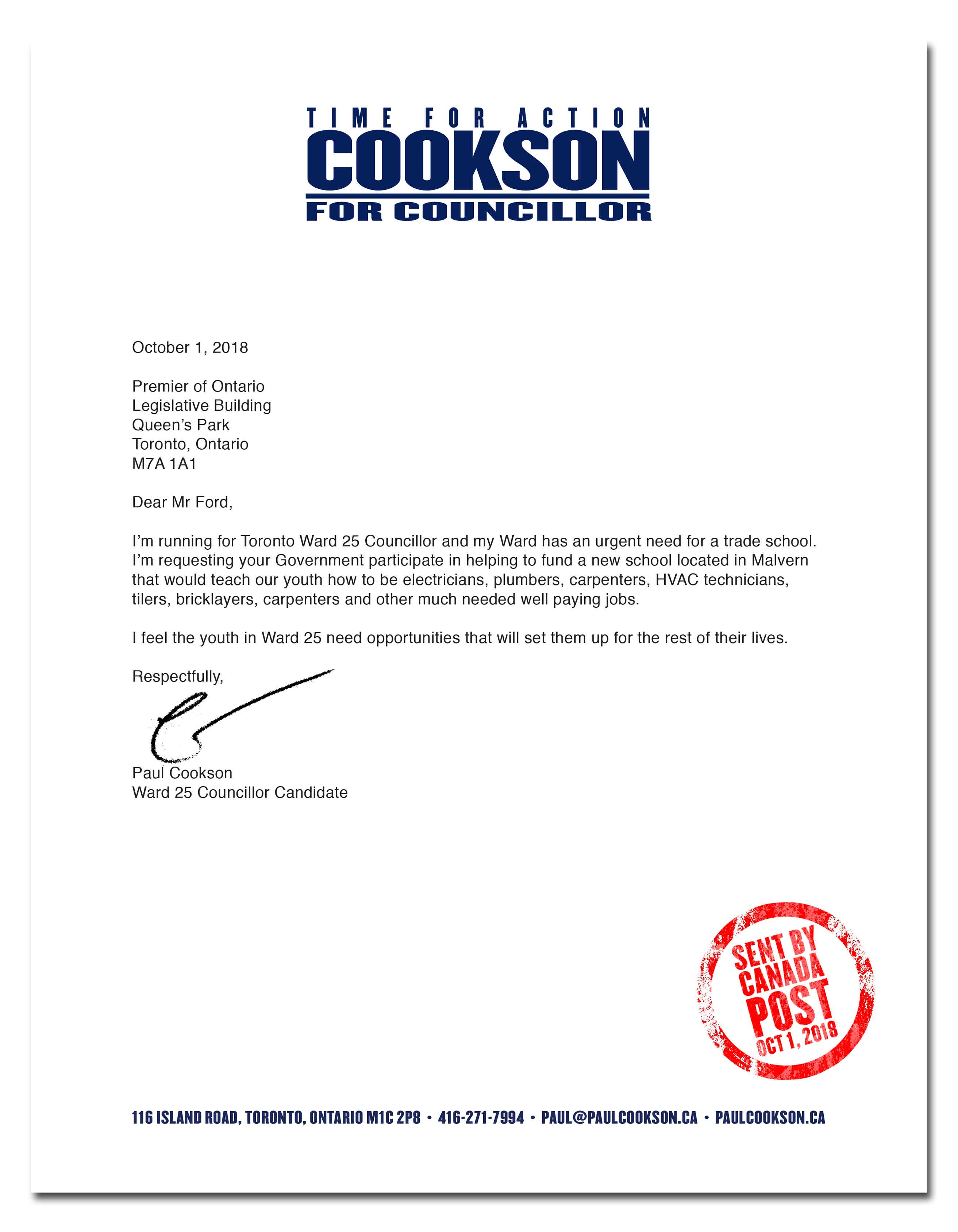 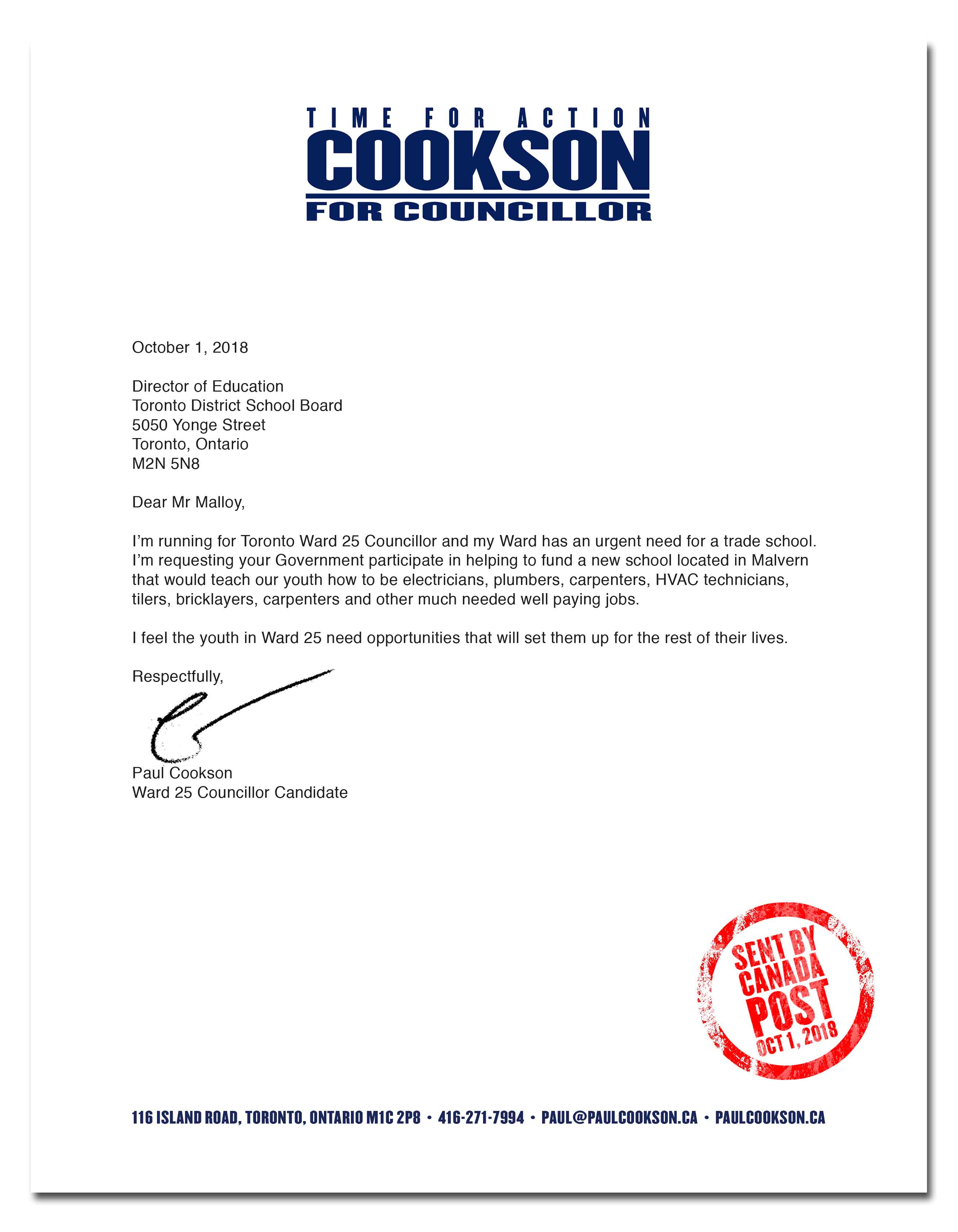 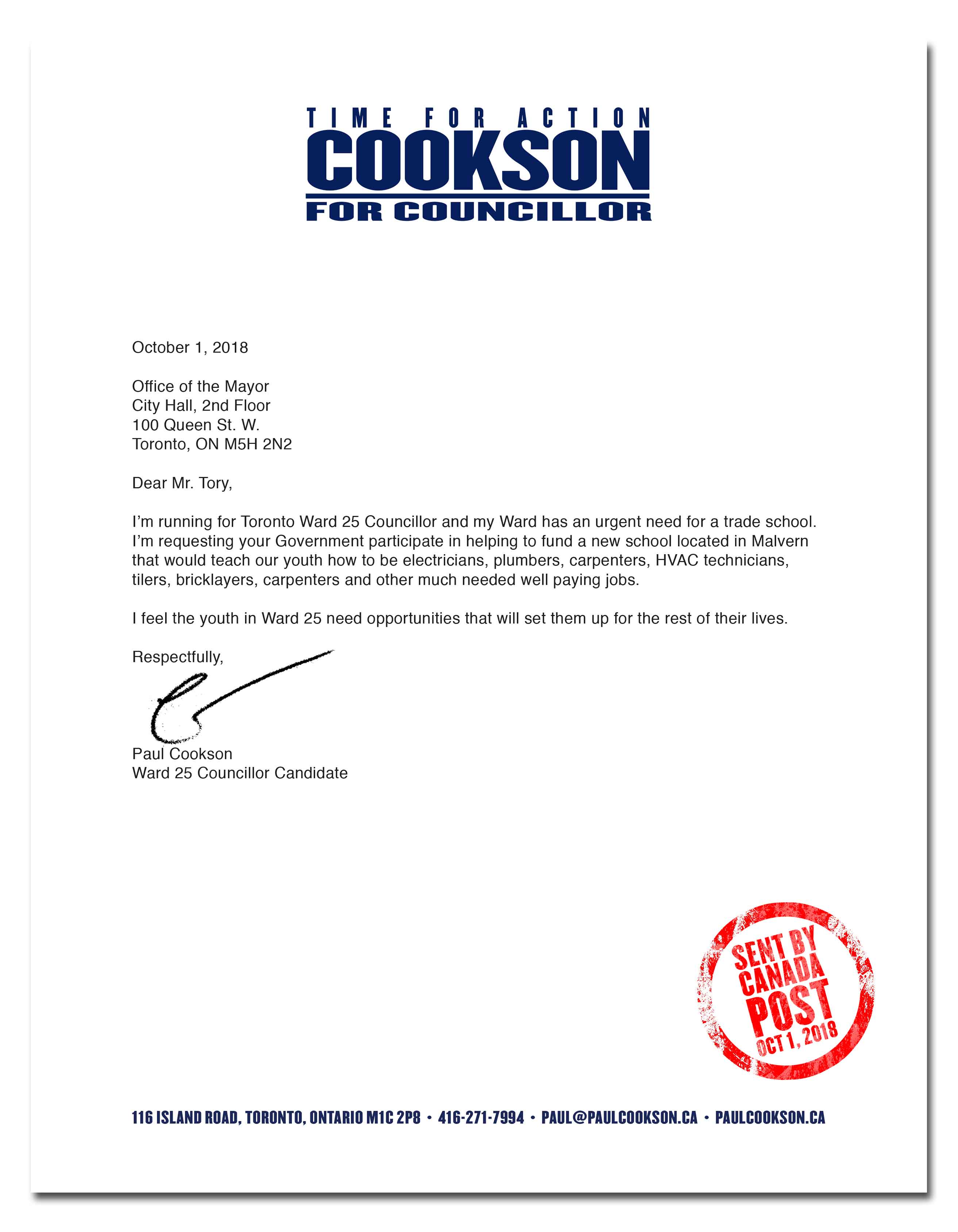